I walked. With no one else to rush or talk or ruin, I walked.

I walked a pier that smelled of cotton candy and youthful happiness. 40 degrees, but families still flocked to the seaside ice cream huts and arcades, and I imagined how it would feel there on summer afternoons.

I walked through a park as children chased their labradoodle; he bantered the seagulls as if they cared. An old woman placed a rose on a bench where a memoriam plate rested, and then she sat and thought a while.

And then I kept walking until I ran out of people.

I walked up a mountain. A small sidewalk paralleled a country road that rested on the mountain’s edge. Beside the sidewalk, a waist-high, jagged stone wall divided a cliff and I—a cliff that liked the way the waves from the ocean lapped against it.

And so I walked more. The mountains to my left and the sea to my right. I wandered the curves and over hills and when I reached the bottom of the mountain I began ascending the next.

And each time I considered turning back, I noticed the mountains getting greener—the ocean getting bluer, as if creation longed for me to see it.

I walked on. I walked three miles into a town where no one seemed to notice a lone stranger walking through.

And I walked farther. I lingered beside mountain goats. Mere feet away, but they didn’t mind, for the mountain was theirs, and I was just passing by. 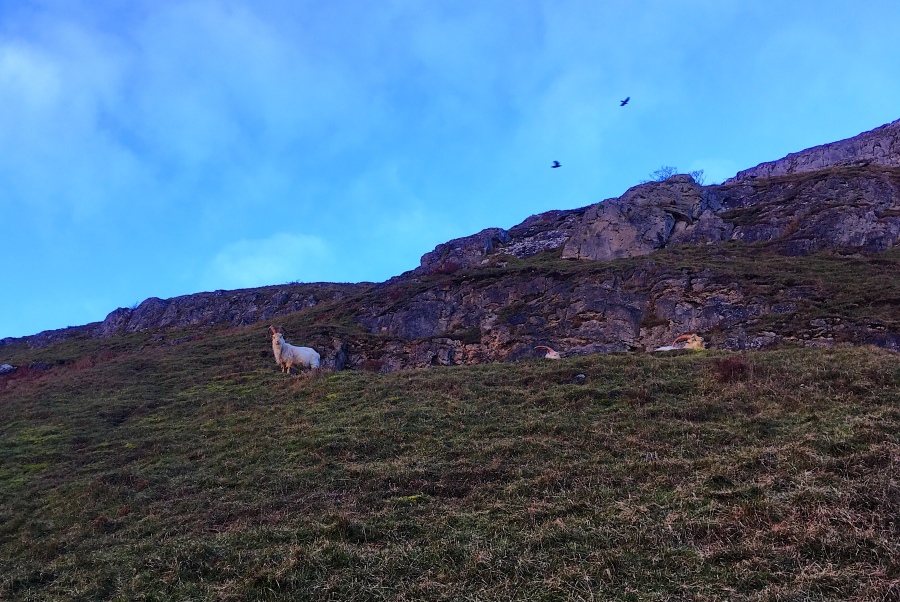 At the water’s edge, seals somersaulted to and from the shore—oblivious to anything that wasn’t joyous in the world.

I watched as a seal barked to another. But a goat overheard its complement, and it bleated back.

The goat and seal saw each other, and in that moment, two worlds collided. And I saw them both. And I watched. And I considered. And I thought.

And then I thought of thinking, and how I was doing it too much.

I considered how precious of a moment I was in, and then how life is made of those moments—but I seem to often run through them.

And so I walked.