Our port in Germany is Warnemunde, a quiet, little beach town. 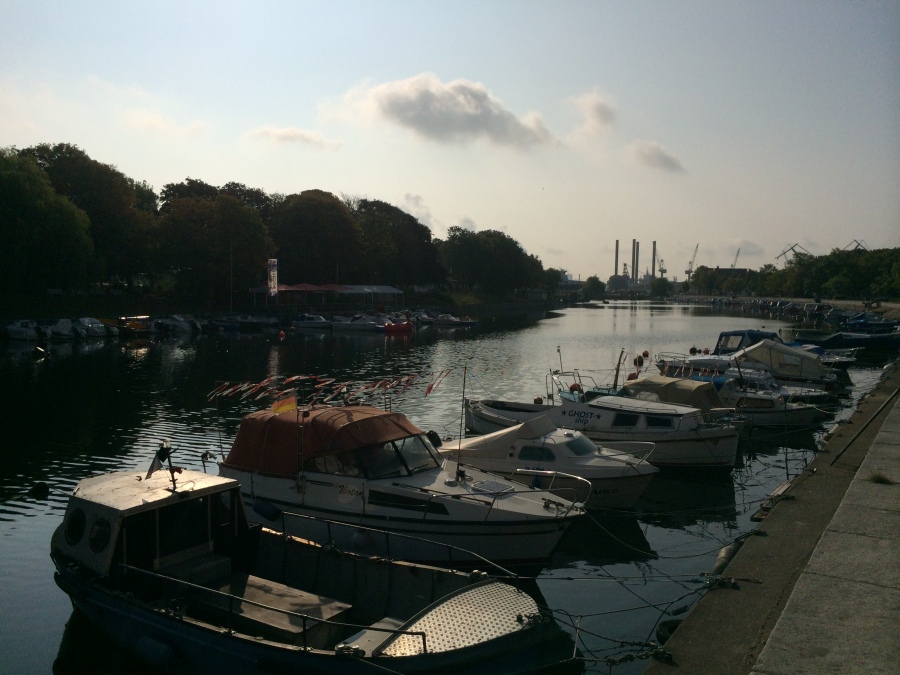 I have plans to do more historic stuff tomorrow, so today, I figured I would stay in Warnemunde and go geocaching with some friends.

For a more awesome-sounding description, it’s world-wide treasure hunt that uses GPS. People hide a cache, submit it to the system, and others can find it by using the mapping system and clues. Some caches are just pieces of paper that you can sign and prove you’ve found it. Some have random items in them and you can take something out if you put something in. Caches can range from a large box to the size of a fingernail.

Anyway, geocaching is always a great way to see a landscape. So I was happy to do it in Germany.

We began the day in the main section of Warnemunde. I made some fantastic pictures of the sea while doing this.

Along the beach of Warnemunde is a walking trail that begins with a large Sun sculpture, and along the trail are signs marking the distance of each planet in the Solar System from the Sun on like a 1-gazzillionth scale. Turns out that there is a geocache past Pluto – I know that’s apparently not a planet anymore – and one must use clues at each planet to figure out the exact location of the cache. We all agreed to go for it, because we could already see Mercury from the Sun. 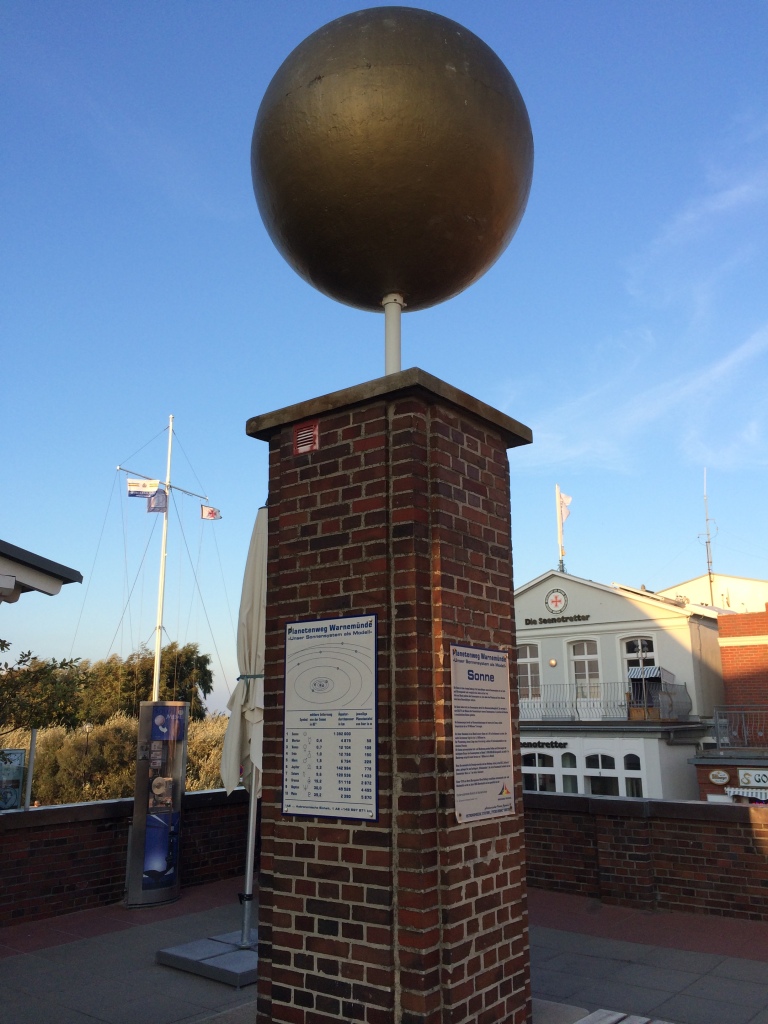 Okay. Mercury, Venus, Earth, Mars, and Jupiter are apparently relatively close together in our Solar System. The other planets… not so much.

We’re talking kilometers of walking. By the time Pluto rolled around I was about ready to call a taxi to take me back to other side of the galaxy. It was worth it though. The trail lead us along the beach, through the woods, and even along a rural area with open fields.

There were also other geocaches and many adventures along the way. To some it up in one sentence, we got off the trail in the forest, almost got bitten by a snake, shimmied through thorns, climbed trees, and ate at a random hotel in the middle of no where.

We ended up in some odd suburbs and took a bus back to Warnemunde. I was exhausted by the end of the day and my feet were not feet but solid blisters, but I saw parts of Germany I had never even considered and I wouldn’t trade the day for anything.