Today I went to Toruŉ, a medieval town in Poland. I walked down the cobblestone streets and toured a few of the incredibly old buildings.

I also viewed a massive painting depicting the difference of Heaven and the alternative that has been marveled at by royals and peasants alike for centuries now. I’m not going to show a picture of it though, because like a lot of the art in Europe, it has a bunch of naked people in it and this is a family blog! Instead, here is this cool picture I took of the fort’s wall. 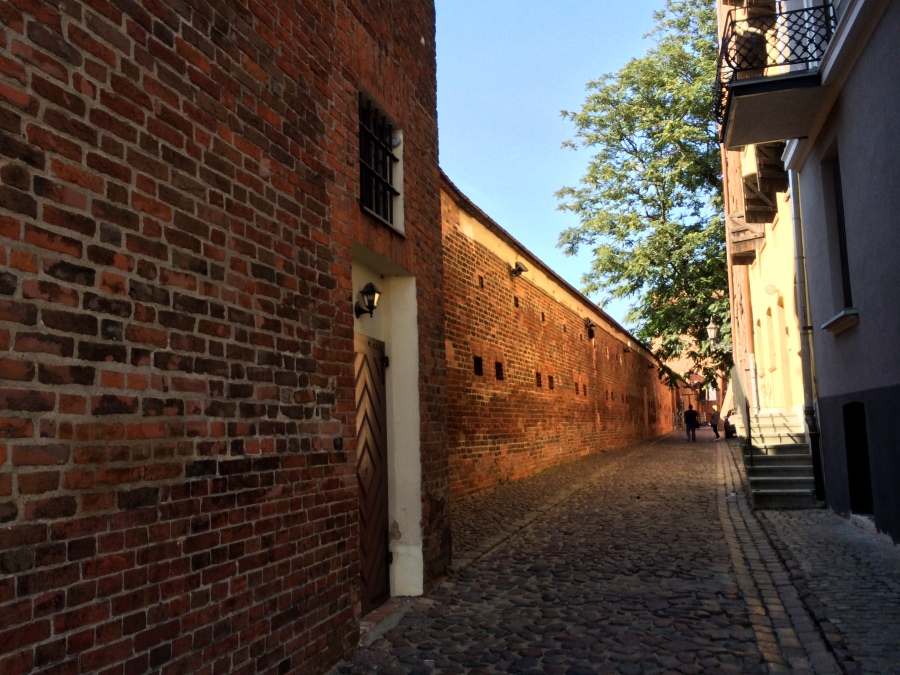 There was a festival going on in Toruŉ and the streets were very lively, epically since the Polish Olympic Crew Rowing Team was there. They apparently medalled in Beijing. If I had had any idea who they were, then I would have stood in line to take a picture with them.

I had my first bad meal of the trip in Toruŉ; we had traditional perogies. They’re basically dumpling-like rolls that can be filled with anything. Well in today’s case they were filled with shredded mushrooms. Yuck. I tried them, but I repeat: yuck.

Luckily I did get some good food out of the day. I went to historic gingerbread museum. The city has been proud of its gingerbread for centuries and not only did I learn about it, I made some! Unfortunately, I was told not to eat what I made. I don’t know if that’s because it was not consumable or if they just wanted us to buy some from the gift shop. I definitely did the latter, but here was my creation. 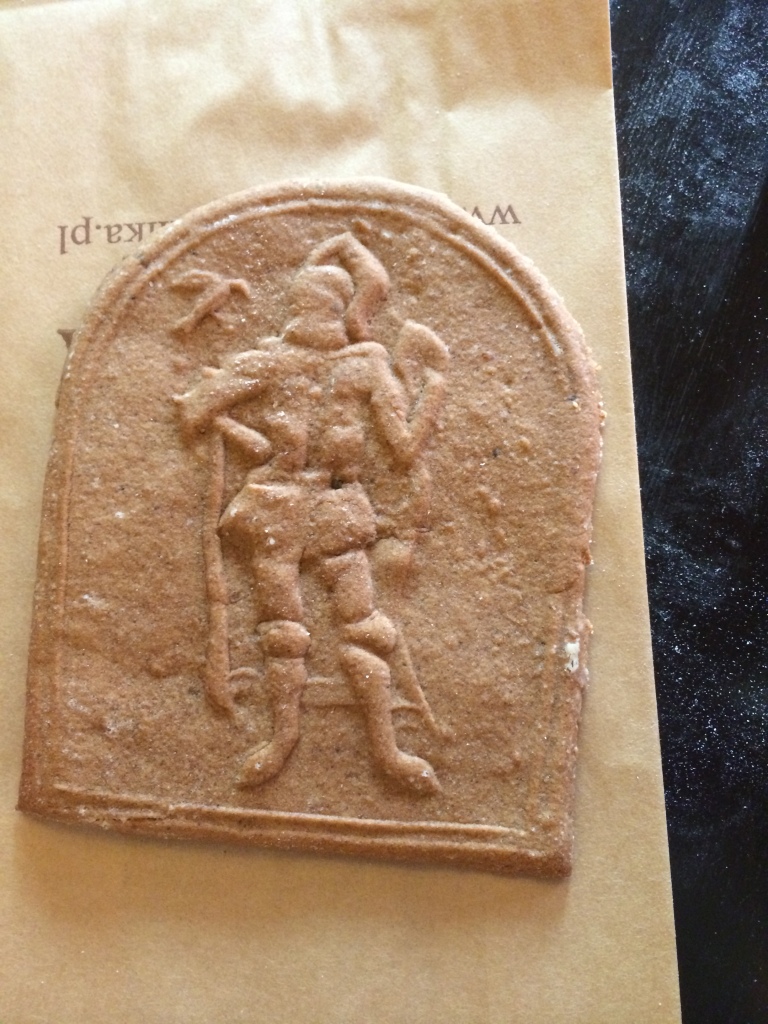