First of all let me just go on and say it… LONDON IS AWESOME!

Now that that’s out of the way, let me tell you some things I’ve learned in the last two days.

1. Heathrow Airport is about the size of my entire county. To be honest, lugging my bags around it was not the best way to begin my international experience. Lucky for me, all was well after that.

2. Besides walking, “The Underground,” (the main subways of the city) is the main source of transportation. I had no idea how to navigate at first, but I have now gotten the hang of it.

5. Between my camera in full-throttle, my backpack, my cargo shorts, my American-brand t-shirt, and my southern accent, I basically have “tourist” tattooed on my forehead. I’m going to try to look a little more British tomorrow.

6. There is a lack of trashcans in this city. I looked for a place to spit my gum out for twenty minutes today.

7. London is super clean for a city.

8. Most people from the UK can tell when you’re doing a fake British accent.

My friends and I took The Underground to Parliament Square to start our exploration yesterday. As soon as we walked up the stairs and out of the door, Big Ben practically smacked us in the face. It was breathtaking. 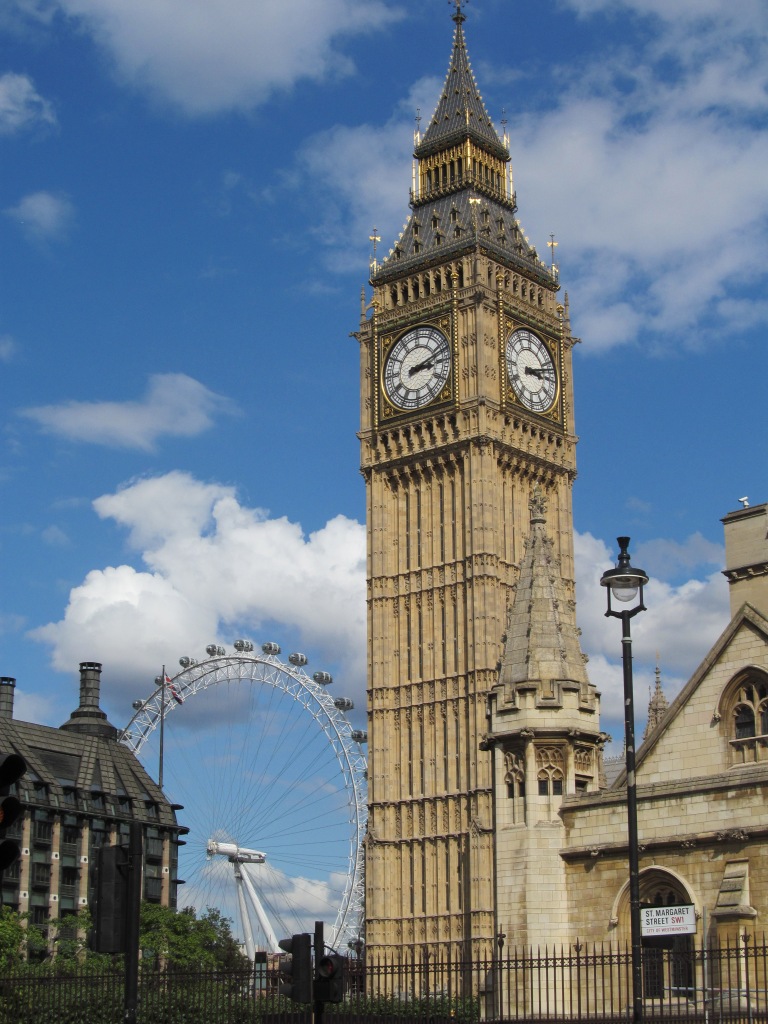 We also walked across the London Bridge. I’ll humor you in saying it didn’t fall down.

We also saw the Westminster Bridge and Tower of London on the first day. We ate at the Sherlock Holmes Restaurant; It was really cool in the fact that it was completely devoted to Holmes memorabilia.

Today has been equally exciting. We explored many parts of London. The Westminster Cathedral was amazingly extravagant, although I will say that it’s the first functioning church with a gift shop I’ve ever seen.

The highlight of my day was going to Buckingham Palace… and I toured it!!!! I of course didn’t get to see all 775 rooms (that’s an exact number, not an exaggeration), but I viewed all the staterooms, including the throne room. It was kind of mind-blowing to walk where the royals have walked. I also saw monarchs’ collections of paintings and statues, made by famous artists of course. You know that long gown-like robe they use on royal babies when christened? Well, I was two feet away from the one that was just used on Prince George. It was on display, along with numerous other royal things. The coolest part about being there was the fact that the entire palace is still fully functional, so sometimes tours are not given because the staterooms are being used. Sadly, cameras are not permitted inside so I can’t show you what it was like, but by-golly I photographed the fire out of the outside! 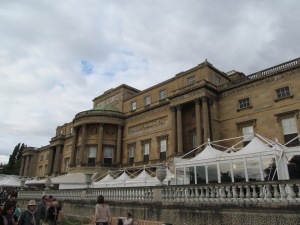 These two days have been a wonderful start to my studying abroad experience. If the whole semester is going to be like this, I may never come home.

2 thoughts on “Keep Calm and London On”