This week, my family is participating in a time-honored tradition: camping. People have been camping for centuries. Middle Eastern nomads packed their entire lives on the backs of camels and camped through the desert as they peddled their goods. Troupe performers held road shows across Europe in the days of Shakespeare, changing their towns more often than they changed their characters. American pioneers camped as they explored the wilderness and pushed west.

Now, most campers do it simply for the fun of it, toting necessary chocolate, marshmallows, and graham crackers. Camping has become an American pastime, one of which my family does often.

But my family doesn’t technically camp. We glamp.

Glamping [glamp-piing]: to camp more glamorously than traditional camping, usually in a “camper” or RV, thus giving one conveniences of home.

We’ve done the tent thing, but those days are gone. We traded nylon walls for a trailer hitch years ago, and we haven’t looked back since. We have two campers, both of which have beds, toilets, showers, sinks, refrigerators, stoves, and—most importantly—air conditioners. They’re basically houses that move.

Although some people don’t even consider what my family does as “camping,” we still call it that, and we love to buy three shopping carts full of food, pack up the cars, spray on some bug spray, and go.

Sometimes we camp in seclusion on a family-owned hill that’s surrounded by acres of trees, ATV trails, deer, and no other human beings. But sometimes we find ourselves in RV parks, the sample platters of the American middle class.

We’ve seen dog fights, we’ve scoffed at newly-weds being too gushy, and we’ve cackled as we’ve observed people who were new to camping as they’ve tried to unroll awnings, level their RV’s, and dump their sewer systems.

This tradition—this glamping—is too contemporary for tent-pitchers, yet too trashy for people who couldn’t fathom the thought of camping all together. But to my family, it is a cornerstone of our lives. It has also been a staple for my childhood memories.

I learned to ride a bike while camping. I was too old for training wheels and I was tired of watching younger kids stroll around the campground with nothing but balance to keep them upright. I told my dad to take off the training wheels. My family made a human chain at the end of my pathway so I wouldn’t drive into a lake. I began to pedal and took off. I spent the remainder of that camping trip on my bicycle.

I’ve met family members’ girlfriends and boyfriends while camping; I’d play games with them and taunt them. Sometimes they wouldn’t stick around until the next camping trip.

I learned to drive a boat while camping. I thought I was the coolest kid to walk the face of the planet because I was aloud to drive our pontoon on the lake. In open water, that was. However, if another boat came within a quarter of a mile, I was told to move over and let Dad drive.

While camping, I’ve endured unbearable sunburns, won and lost a thousand card games, had the best naps of my life, almost drowned a time or two on a lake inner tube, and flirted with a few girls at neighboring campsites because I knew I would probably never see them again after leaving.

We were camping when my brother, sister, cousin, and I shamelessly ate a pound of fresh strawberries that were supposed to go into a dessert a few hours later.

We were camping when my grandmother almost accidentally drank my uncle’s dentures that were soaking in mint cleaner.

We were camping when my aunt fell through the camper door and broke her arm.

We were camping when my cousin was fishing for bluegill and she caught a duck instead.

Camping is full of those you-had-to-be-there moments, which border closely to What Are This? moments. It’s full of those little memories, but it’s also full of chances to relax and think a little. Because sometimes in life, you need to sit back, smell the outdoors, make fun of the person camping next to you, and enjoy the s’mores. 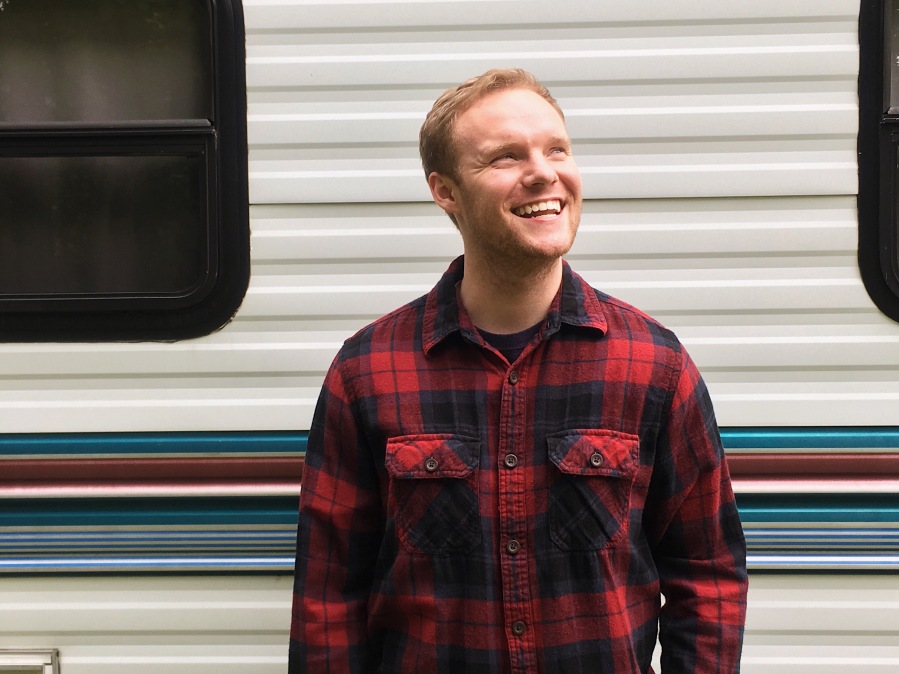