So Gibraltar is this little territory with an area of about two square miles, but to think that it is small and insignificant couldn’t be further from the truth. It may not cover a large space, but Gibraltar is a huge mountain that is home to about 30,000 people. To be honest, I was a little oblivious to the history of Gibraltar before visiting there and so were some of my fellow travelers. So, I’m going to assume that many others are too. Allow me to educate you.

During my first day in Spain, I went with two busloads of fellow SASers to the Rock of Gibraltar. Gibraltar is a British territory, but it’s surrounded by Spain, and across the Strait of Gibraltar is Morocco. So while standing on top of the mountain one can see three countries and two continents at the same time!

While arriving at the base of the mountain, I was met with the most British lady I have ever met. She was running over with enthusiasm and her words dripped with a thick British accent. Her eyes were always wide open and her brow extended like she was always exclaiming something (which was usually was). I could have literally listened to her talk for hours.

The Iron Lady, as I began to call her, started the day with a bus tour around the base and gave us an insightful history of the rock. Turns out, Gibraltar has the last known evidence of Neanderthals and it was known by the ancient Greeks as one of the “Pillars of Hercules.” Through the years it has been a military wonder for nations around the globe because its caverns and tunnels hold the perfect hideout that is surrounded by a virtually indestructible fortress. Many battles have been fought around the rock, and many people have dug its infrastructure; nevertheless, it still stands tall.

The lady had the bus stop at one of the cavern entrances to see the sights, smell the roses, and photograph the monkeys. The monkeys. The monkeys were everywhere. No one knows where they came from but they cover the rock and it is impossible to be bored with them. One of them scurried into the gift shop, snatched a woman’s ice cream cone, and flew the coop before anyone knew what was going on. We all just stood there and then laughed hysterically.

When entering the rock, we went inside a cave that was a bit unusual to say the least. I’m from Kentucky. I know caves. The weird thing about it was its use. You’re not supposed to touch the formations in a cave; it causes them to stop growing. Well, many years ago, the cave was converted into a military hospital, rendering it incapable of growing further. What does one do with a cave that is already damaged? Why put a light show in it of course! It was really amazing. Lights set to music showered the stalagmites and stalactites in rainbows. The main room also included a stage and theater seats because plays, concerts, and operas are often performed inside. It was awesome! 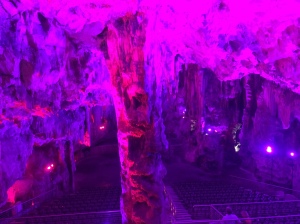 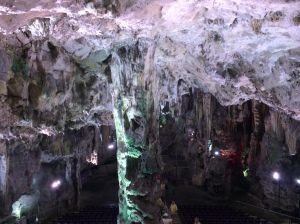 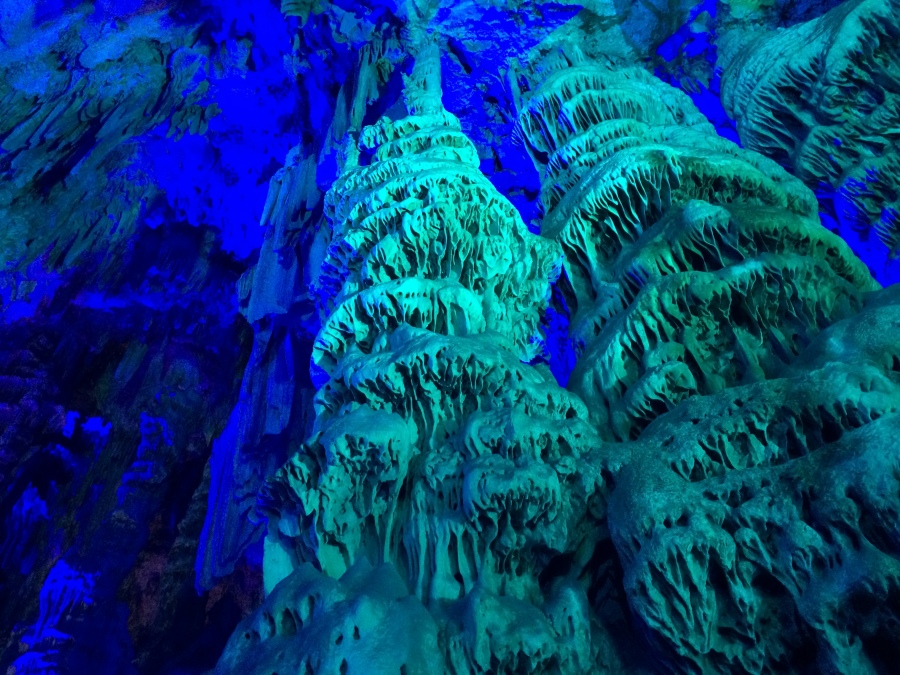 When going further into the rock, more history unfolded as we were met with mannequins, pictures, and actual cannons that told the story of British forces using Gibraltar as their secret weapon. It was intriguing. 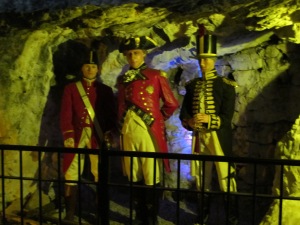 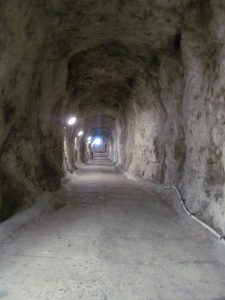 At the end of the day I was really thankful that I chose to do a Gibraltar excursion. I may have missed a day of Spanish culture, but I was met with some culture that totally rocked. 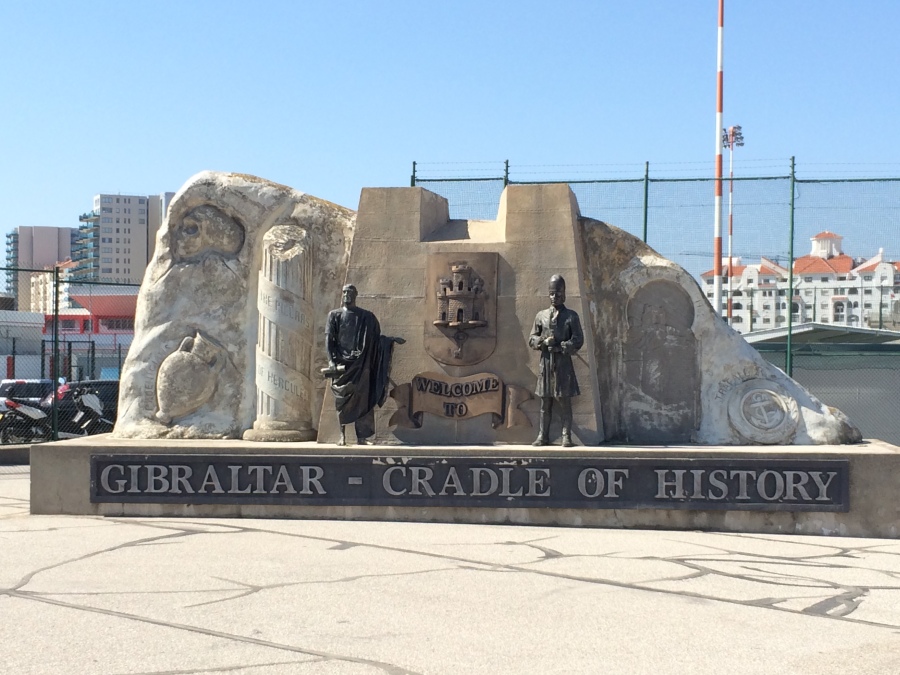 One thought on “Gibraltar: We Will Rock You”